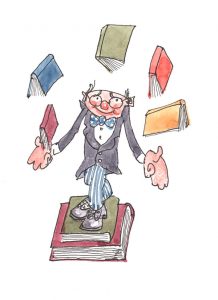 Mensch has no mission statement and no stated editorial strategy. Its aim is simply to help authors reach readers with minimal intervention and maximum impact and to reward them proportionately.

Richard Charkin says: ‘I don’t have a grand strategy for Mensch publishing – success will be driven entirely by the books we publish not the statements I make. But I trust Mensch will live up to its name’.

This is the inside story of a 20-year Civil War inside MCC over the future of Lord’s about which the 18,000 membership have been kept in the dark throughout. On the one side is the MCC establishment, the epitome of a self-perpetuating old boy network but with a global brand name . On the other is a formidable self-made property developer Charles Rifkind who wanted to change the face of Lord’s and had the blueprint to do so. Rifkind had bought the rights to develop the railway tunnels under the Nursery End – on the boundary of the most famous cricket ground in the world – from under the noses of the MCC.

Multi-million bestselling author issues a call for the Examined Life

In the book, the bestselling author issues a call for the examined life.  She will reflect on the human need for reflective thoughts, stillness, silence, and the ‘very natural spiritual dimension’ that often gets drowned out by surface life and its overload.   Regaining and revisiting this will be, she says, vital in order to tackle the most pressing problems of our day – from covid-19 to climate change.

The book will also be a call to arms, Smith says.  ‘If things are not as they should be in our world, isn’t now time for a new human spirit to emerge? To engage in bigger, more ambitious thinking and to become more aware of our roles as humans.’  To do so, she argues, will require many of us to ‘explore the deeper inner dimensions in our own lives and in the world’ through the ideas explored in the book.

Charkin says, ‘I could not be happier to be working with the most trusted author of our time, particularly at a time of such stress and mistrust. This book is an insightful culmination of Delia’s philosophy and advice’

Delia is Britain’s best-loved and most trusted cookery writer and football club owner.

Delia has worked with food for over fifty years, writing columns, books, online and broadcasting culinary science from the ground up in a practical, accessible and straightforward style.  She was appointed Companion of Honour in 2017 for her contribution to cooking and cookery education.

Delia has written many bestselling cookery books, such as How to Cheat at Cooking, Summer & Winter Collections, How to Cook, Christmas, Book of Cakes and Frugal Food – which was published for charity.  Her aggregate book sales exceed 21 million, with Delia Smith’s Cookery Course alone selling over six million copies.

She lives with her husband in Suffolk and attends all of Norwich City’s matches.

I have received 96 submissions since Mensch was announced. I have replied to every one, more than ninety, in the negative but I hope politely. The vast majority were for novels and should probably have been self-published (nothing wrong with that). In the end I managed to publish four authors in the first year. Guy Kennaway, William Waldegrave, Rachael Claye, and Lee Janogly. I think I can safely say there is no common thread apart from them all being people I wanted to work with and have enjoyed publishing. And I also signed up authors for the future – Olivia Fane, John Willis, Vanessa Branson, Ben Fenton, Mark Whitaker.

The hero of Guy Kennaway’s Time to Go was his mother, Susie Kennaway. She died peacefully in February 2020 having suffered a severe stroke from which she did not want to recover. As luck would have it, she had paid a rare visit to London just a week or so ago for the publication of the paperback of Guy’s and her book, Time to Go. She had a marvellous time with her family, friends and the media. She drank, ate, smiled, told stories, showed anger at things she thought wrong. She was Susie. She will be enormously missed.

I’ll simply list them. Do go to your local bookshop or more likely to Amazon to check them out (and preferably buy them in one of the available formats).

Time to Go by Guy Kennaway

Three Circles into One by William Waldegrave

Getting Old: Deal with it by Lee Janogly

One Hundred Summers by Vanessa Branson

Whilst Mensch is small and cannot afford glitzy advertising campaigns we can punch above our weight with publicity, driven by the indefatigable Ruth Killick. Highlights were Lyn Barber’s Observer interview with Guy Kennaway, Emily Maitlis’s Newsnight interview with William Waldegrave, and the Mail on Sunday’s serialisation of Getting Old. Coverage in Australia and India has overall been great, North America was much tougher apart from a piece about Mensch in Arianna Huffington’s Thrive Global website.

Disappointments (I have a few, too many to mention)

No runaway best sellers – to be expected but hope springs eternal even if, in the words of a great guru, hope is not a strategy. I haven’t been able to avoid returns from retailers and I haven’t been able to reach the whole English-language world as well as the books deserve. And I had no idea how hard it is to deal with a very large Internet bookseller effectively.

Reasons to be Cheerful

The Mensch bank account is slightly stronger now than when I started. I think I have proved that you can publish fast and effectively (albeit with a lot of blood, sweat and tears), that size is important but flexibility is more important, that you can publish great books without editorial and/or marketing meetings. I am still on speaking terms or better with all the authors. The books will continue to sell and will be an asset for years to come. My hair is no whiter than when I started.

And finally thank you to all those friends and colleagues who have made this possible. I started to name you but realized it would simply be a long list of little interest to anyone except those whom I forgot. Just to say, I am grateful for your overlooking and/or repairing my cock-ups, for your professionalism at all times. And of course to those authors who trusted me with their precious books. May 2020 smile on you all. I wrote this before COVID19 struck. What a year.

Guy Kennaway’s bestselling tale of family life and death was released in paperback on 23th January 2020.

When his 88-year-old mother asked him to buy heroin so she could end her life, the author Guy Kennaway decided there was only one thing to do – write a book about it. Available now in e-book and audiobook.

William Waldegrave’s brilliant analysis of the state of Britain today and its future is published in paperback, e-book and audio. This review in the New Statesman and his superb interviews on Newsnight and Zeit Online say it all.

In the middle of 2018 I stepped down from the Board of Bloomsbury Publishing Plc and thus put an end to a full-time career in corporate publishing of books and journals. But I was too young to stop altogether and I loved the industry too much simply to disappear.  I determined to continue as energetically as possible. In addition to working for Bloomsbury on matters Chinese and cricket, for Liverpool University Press and Institute of Physics Publishing, plus a number of other publishing-related activities I thought it would be fun to start my own business from scratch, Mensch Publishing. After 47 years largely dedicated to managing others to publish successfully would I be able to manage myself? Would my ideas about how to publish general books without losing money stand up to reality? Could the advantages of being small compensate for the scale advantages of larger publishers? I announced Mensch’s genesis in October 2018 and we published the first book in February 2019. This is about that first year.

There would be no mission statement. There would be no editorial strategy. The focus would not be on profit but on publishing authors fairly and successfully and thus building an intellectual property asset over time. Occam’s Razor would be applied wherever possible. In addition Sir Stanley Unwin’s first duty of a publisher to stay in business would be followed.

Accounting would be cash based – no provisions, no depreciation of assets, simply cash in versus cash out and measured daily by the health or otherwise of a dedicated bank account. Invoices would be paid on receipt into the supplier’s bank account same day, be they printers, distributors, freelance editors, designers, publicists, HMRC or authors. Apart from being fair (menschlich) it also saved me a lot of administrative hassle remembering to pay, it cost me little in today’s low-interest world, and it bought me good will (I hope). If only my creditors would pay me on those same terms (a forlorn hope).

Author contracts would be fair but on my terms not those widely used in the traditional general book publishing world – no advance against royalties, royalty percentages based on net income not on cover price but generous, world all language rights, and all other rights (audio, digital, serialisation etc). Quite clearly this wouldn’t attract many authors but it was the only way I could stick to my principles and hope to stay in business.

Staffing would be minimal – an unpaid me. Everything else would be outsourced. In particular, Bloomsbury were willing to handle sales, distribution, rights, and production on my behalf – thank you Bloomsbury.