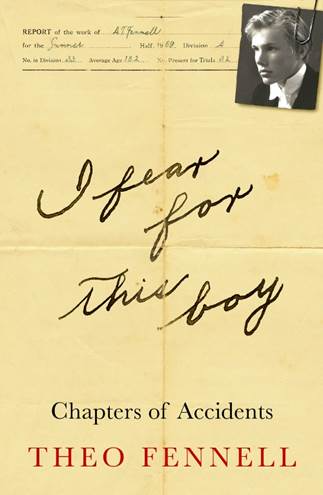 I Fear for This Boy: Some Chapters of Accidents

Theo Fennell’s picaresque journey from the depths of financial despair to the glittering celebrity world of the rich and famous is a comic classic comparable to Three Men in a Boat or Bill Bryson’s The Thunderbolt Kid. Despite the occasional success disasters and failures dominate his business life. Nonetheless his jewellery has brought pleasure to thousands and this book will bring pleasure to millions. 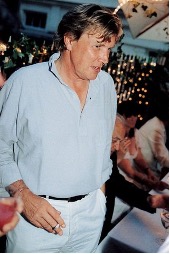 Fennell was born in Moascar, Egypt, where British soldiers were garrisoned along the Suez Canal. The son of an army family, he spent his early years all over the world. He was sent to boarding school at five, then to Eton, York College of Art, followed by the Byam Shaw School of Art. He lives in London with his wife, Louise, an author. The couple have two daughters, Emerald, a writer, actor and director, and Coco, a dress designer.

This website uses cookies to improve your experience while you navigate through the website. Out of these, the cookies that are categorized as necessary are stored on your browser as they are essential for the working of basic functionalities of the website. We also use third-party cookies that help us analyze and understand how you use this website. These cookies will be stored in your browser only with your consent. You also have the option to opt-out of these cookies. But opting out of some of these cookies may affect your browsing experience.
Necessary Always Enabled
Necessary cookies are absolutely essential for the website to function properly. This category only includes cookies that ensures basic functionalities and security features of the website. These cookies do not store any personal information.
Non-necessary
Any cookies that may not be particularly necessary for the website to function and is used specifically to collect user personal data via analytics, ads, other embedded contents are termed as non-necessary cookies. It is mandatory to procure user consent prior to running these cookies on your website.
SAVE & ACCEPT
We use cookies to ensure that we give you the best experience on our website. If you continue to use this site we will assume that you are happy with it.OkPrivacy policy