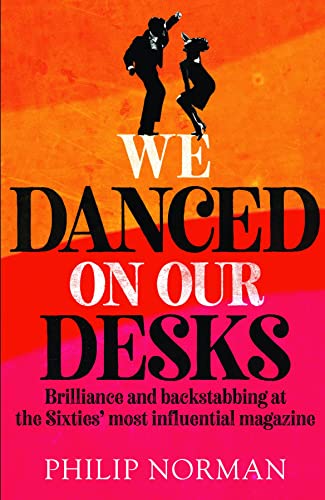 We Danced on Our Desks

WE DANCED ON OUR DESKS is the sequel to world-renowned rock biographer Philip Norman’s memoir Babycham Night: a boyhood at the end of the pier, hailed by The Sunday Times as ‘a masterpiece…like a John Lennon album with slot machines.’ Aged 22, he lands a dream job as a staff writer on the Sunday Times’s hugely wealthy and prestigious colour magazine at the epicentre of newly-dubbed Swinging London. Under its indulgent editor, Godfrey Smith, he’s allowed to travel the world on municent expenses, interviewing the famous and infamous from Stevie Wonder to Libya’s combustible Colonel Gadda. And between assignments, he’s caught up in of centre of politics and partying that make the Borgias seem almost civilized by comparison.

We Danced On Our Desks is sheer joy from the writer described by P.G. Wodehouse as ‘extremely original and very funny.’ 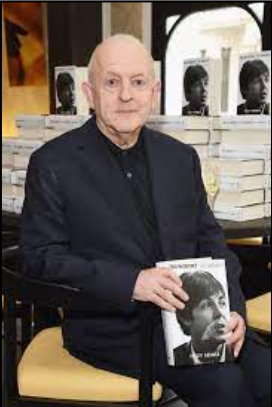 I was brought up in Ryde, Isle of Wight, where my father was an alcoholic and chronically unsuccessful end-of-the-pier showman. Marooned in the humdrum Ninteen-Fifties, I grew up resigned to failure in my turn, never more so than when I left school on the cusp of a new decade without going to university. But the Sixties, from which I expected nothing, were to plunge me into excitement and glamour beyond the wildest dreams I’d never had.

Aged 22, I won a nationwide talent contest organised by the hugely wealthy and prestigious Sunday Times colour magazine and was rewarded with a job as its only staff writer . Under its indulgent editor, Godfrey Smith (‘a mixture of Friar Tuck and Dickens’s Ghost of Christmas Present’) I was allowed to travel the world first class on munificent expenses, interviewing anyone I chose, from Stevie Wonder to Libya’s combustible new ruler, Colonel Muammar Gaddafi.

Because of its huge profits from colour advertising, the magazine was Godfrey’s independent fiefdom, given an unlimited budget and complete freedom from managerial
restraints so in consequence a hotbed of drunkenness. pot-smoking, promiscuity, male chauvinism and backstabbing that would have impressed the Borgias. Throughout those years, I never took a holiday because every day on the magazine was like one. The non-stop round of lavish lunches, dinners and outings staged by Godfrey for his so-called ‘young rips’ culminated with the Christmas party he threw in the office, each year, the hottest ticket in town, when we’d push our desks together to form an improvised disco-floor and dance on them into the small hours.

To young journalists on the 21st century’s beleaguered and cash-strapped newspapers and magazines, my life as a young rip will read like pure fantasy. I sometimes find it hard to believe myself.