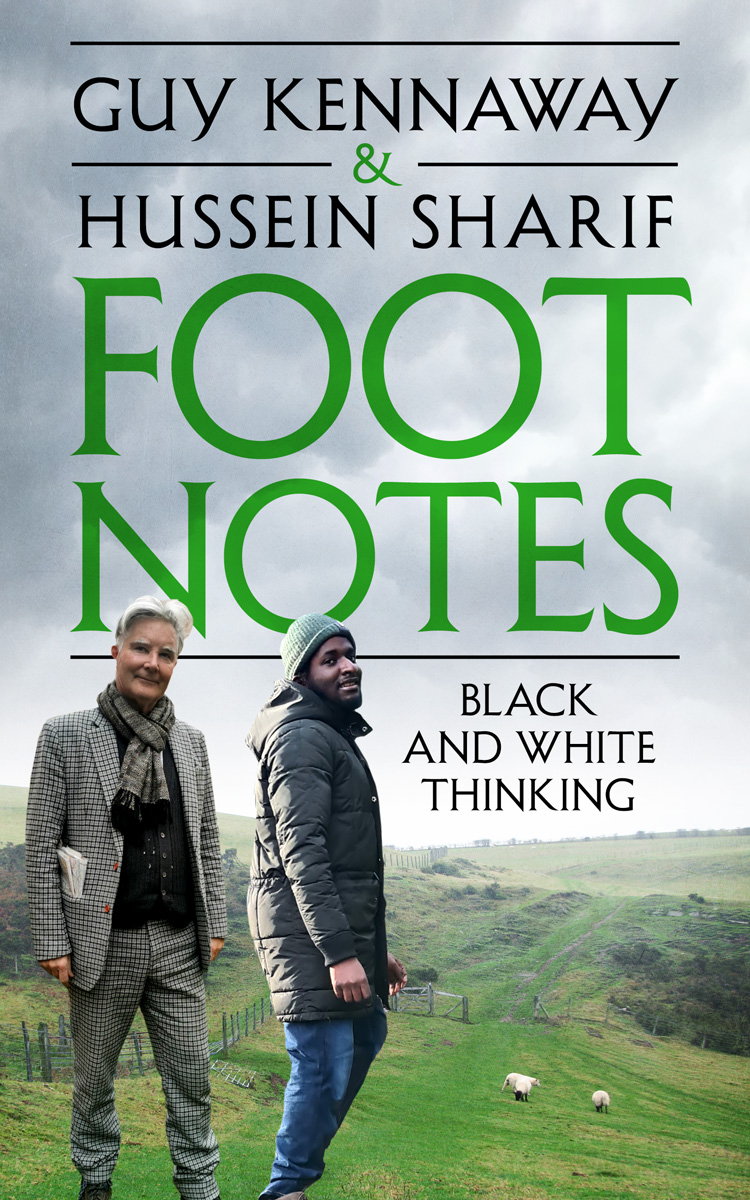 You can order from Amazon

Black and White Thinking
By Guy Kennaway and Hussein Sharif

When Guy Kennaway, 63, a white, middle class, overweight, English, Tory-voting writer met Hussein Sharif, 22, an African-born, inner city, Tory-hating Muslim, they assumed they had little in common.  But newly related by marriage, they decided to go on a walk through Britain to get to know each other.  Guy’s mission was to explain to Hussein how wonderful British life and culture was, and Hussein’s was to describe to Guy the realities of life as a young black Muslim in Britain in 2019.  Over a forty-mile hike they made friends, fell out, told stories, encountered strangers, argued, laughed and got very sore feet.  Held up by COVID-19 and dramatically diverted by BLM, they reached the end of their walk together, but for both of them it marked the start of a new and more important journey.

About Guy Kennaway and Hussein Sharif

Guy Kennaway was born in London in 1957.  In all Kennaway’s work he champions the underdog. He searches out communities under pressure, and tries to make the best of their troubles with tenderness and laughter.  He is best known for One People about a Jamaican village threatened by mass US tourism, Bird Brain about a community of optimistic pheasants and Time to Go, the funniest book about assisted suicide ever. His latest novel, The Accidental Collector, is also published in 2021 and was judged the winner of the Bollinger Everyman Wodehouse Prize for Comic Fiction 2021.

Hussein Sharif was born in Kenya in 1996.  He came to Britain when he was 8, living in Tottenham, and attending the University of Kent ‘for a bit’.   Foot Notes is his first book.

‘I like to float about; many things happen to me that shouldn’t happen, and things turn out to be blessings in a weird kind of way.  I love family, traditional food, and try to be a good Muslim, though often fail.’